What it takes to archive an item into the CARL Archives and Government Documents digital collection.

The CARL Archives and Government Documents departments are busily preparing documents to send off to a vendor to be scanned.  To process each document takes multiple steps and countless hours of many staff members’ time.  Each document is evaluated for its condition.  Some documents are too large to scan or just too far “gone” to be scanned.  Then research is done to see if the item may have already been scanned and online at another institution. Each document is then treated for any condition issues.  Staples are removed, tears are mended, and they are put into a new housing if needed. The attached picture is of one such document that had to be taken apart to be scanned property.  This particular document was NAILED together as well as glued.  For bidding purposes each document needs counting as well.  Pages are tabulated based on size, color, and whether or not the pages are loose or bound.  Finally all these documents are put into a spreadsheet for tracking and bidding purposes.

All that explanation to say that when we’re going through each document page by page you come across some really cool stuff.  One such document took hours to process.  There were staples upon staples to remove and the paper was so fragile that merely bending it would cause it to break.  It was a collection of daily summaries concerning Operation Anvil/ Operation Dragoon.  Of course it is unclassified at this point in time, but you could still read at the top, underneath the read wax crayon somebody used to cross it out, the word “BIGOT.”   “BIGOT” was a classification marking used during World War II.  I have read a couple different explanations of where the term came from, but the most common is that it is a shortened phrase “British Invasion of German Occupied Territory”.  The origins of the term is unimportant in my opinion.  What is cool, is that documents marked “BIGOT” were classified above everything else.  In order for a person to see a document so marked, they had to have a need to know and be on a specific list.  The list of personnel cleared to see the plans was known as the BIGOT list.  These documents that were once so secret it didn’t matter what security clearance you had, if you weren’t on the list, you did not see them, are going to be visible to the public. So eventually this document that was once only seen by the likes of Eisenhower and a few select others can be viewed by millions. 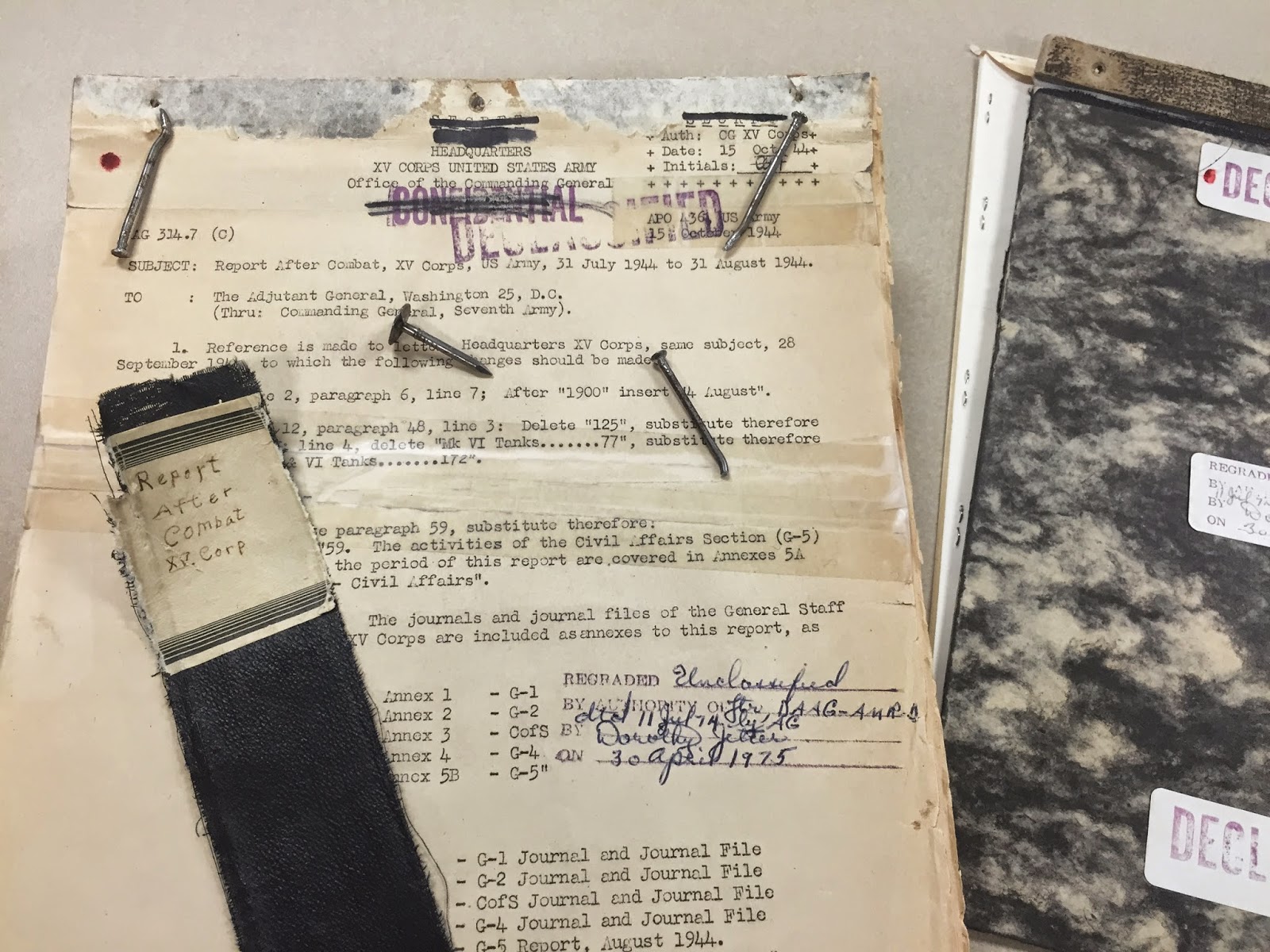 The library’s digitized items are viewable at http://cgsc.contentdm.oclc.org/cdm/.

Posted by CARL Staff at 11:29 AM No comments: Links to this post